A comprehensive set of definitions and terms used when discussing face recognition technology. 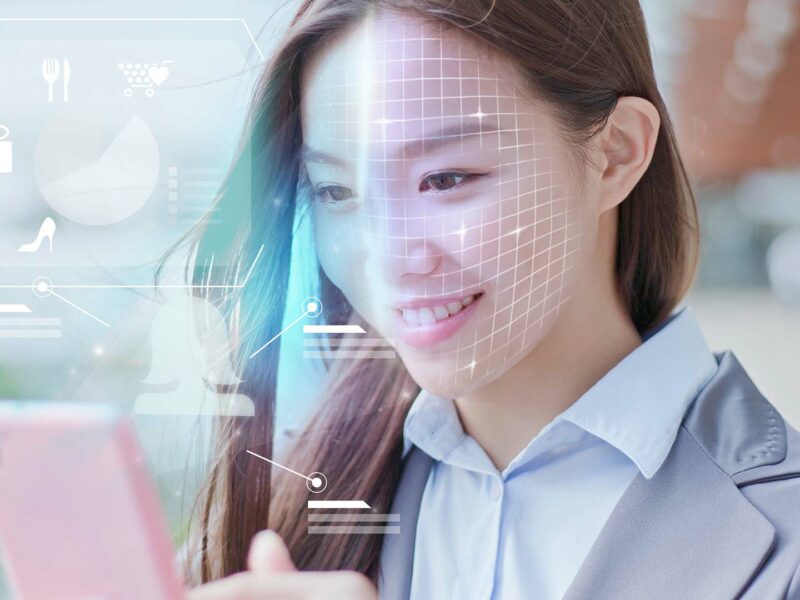 This page will be a continuously evolving reference for the basic terminology used when evaluating, integrating, and operating face recognition algorithms. Please let us know if there are any definitions or descriptions you would like added!

Error – the rate at which the system makes an incorrect prediction regarding a person’s identity. Error will range from 0.0 to 1.0, though this will also be expressed as percentages, in which case it will range from 0.0% to 100.0%. Error = 1.0 – Accuracy.

Type I error / false match / false positive / false acceptance – when two different persons are incorrectly determined to be the same person because a comparison of their face templates exceeds the specified similarity threshold.

Type II error / false non-match / false negative / false rejection – when two instances of the same person are incorrectly determined to be different persons because a comparison of their templates falls below the specified similarity threshold.

Receiver Operating Characteristic (ROC) curve – measures the tradeoff between false matches and false non-matches on a dataset of face images. The curve is generated by systematically adjusting the match threshold, and for each different threshold measuring the FAR and TAR. As the threshold increases both the FAR and TAR will decrease.

Decision Error Tradeoff (DET) curve – similar to the ROC curve, measures the tradeoff between false matches and false non-matches. The difference between a DET curve and a ROC curve is that a DET curve plots FAR versus FRR, each typically on a logarithmic axis. Thus, the information reported is the same, but the presentation style is different.

Enrollment – the process of receiving an image or video frame, detecting all faces present, and outputting a template for each detected face.

Template – the numerical encoding of a face in an image.

Template comparison – the process of measuring the face similarity between two templates.

Face similarity – the similarity measured during the template comparison process. While the similarity will be a numerical value, and often ranges from 0 to 1, no assumptions can be made about the meaning of a given similarity score for an algorithm without knowledge of the underlying distribution, which will be different for every vendor.

Probe / Query – a template submitted for search against a gallery.

Gallery / Database – a collection of templates to be searched against.

Candidate match list – an ordered list of the top matching templates in a gallery to a submitted probe image. Templates are typically returned in decreasing similarity. Typically a trained face examiner will make the final determination as to whether any of the images in the candidate match list are the same person as the probe image.

1:N search / human-guided search – the process of a manually submitting a probe image to be search against a gallery, receiving the candidate match list, and determining if a match exists. “1” refers to the single probe image, where “N” is an integer that represents the number of templates in the gallery.

1:(N+1) search / watch-list identification / open-set identification  – the process of automatically searching a probe image against a gallery. As opposed to 1:N search which will return a candidate list to a human examiner, watch-list identification will instead send match alerts if any of the gallery templates exceed a similarity threshold when compared against the probe template. Thus, the “+1” refers to the null hypothesis case of the person not being in the watch-list gallery.  In this searching paradigm a human is only alerted when match occurs, as opposed to a human always reviewing the search results when a probe is compared against a gallery.

1:1 / identity verification – the process of comparing two face templates and determining if they are a match using similarity thresholding.

N:N / face clustering  – face clustering is the process of taking a set of N face images and grouping them into their different identities. This process involves, either explicitly or implicitly, measuring the face similarity between all N faces images, which means N*(N-1)/2 total face comparisons. Depending on the efficiency of an algorithm, this process can be extremely slow and resource intensive if N is large.

There are a lot of different applications for face clustering. One of the most common use cases is in child exploitation, where investigators serving warrants often end up with large amounts of digital evidence (images and videos) containing children (victims) and adults (perpetrators). Using face clustering, the investigators can ingest these images and determine how many different persons are in the dataset. In turn, the images from these different identities can passed into a 1:N search system to determine the identities of each person, and in turn either help rescue them (victims) or proceed with the criminal investigation (perpetrators).

Interocular distance (IOD) / Inter-pupillary distance (IPD) –  – the number pixels (Euclidean distance) between the center of the two eye sockets. It is common for a face recognition algorithm’s sensitivity to image resolution to be measured as accuracy versus IPD.

Minimum bounding box size – the smallest size face that will be searched for in an image. This is typically a single number, measured in pixels, which specifies the height and width of the square face bounding box. As the minimum bounding box size is set smaller, exponentially more face regions will be considered, which will slow down the enrollment speed and increase the chances of a false positive face detection.

System – software and hardware configured to perform a particular task(s). A system can be operated by a person(s) or another system.

Software – a series of instructions that are performed by a computer.

Native software – byte-level machine code that is executed directly by a central processing unit (CPU). Native software is dependent on the software platform it was compiled for.

Software Development Kit (SDK) – provides software libraries that perform specific functions, such as face detection and recognition, and are accessed through API‘s and command line interfaces. An SDK typically has little off-the-shelf utility, and it must instead be embedded into a system. An SDK is a critical component that powers nearly every system that exists.

An effective SDK will require little to no installation, provide an intuitive documented API, and support a variety of software platforms.

End-user – a person who interacts with a software application or a system.

Software Library – a collection of software functions that are called by other software libraries or applications.

Native API – an API that accesses functions in native software that is running on the same machine that calls the API. With respect to face recognition, an SDK with a native API provides a system developer the most control over how their data is handled, as it should be the case that the SDK only performs the actions stated in the documentation, and the developer controls any data storage or transmission. Some SDKs may still perform unwanted data transmission and storage, which is not difficult to identify during security testing.

Turn-key system  – a system that needs no custom integration, modification, or complicated installation in order to work. It is simply a matter of “turning the key” and using the system.

One-off system  – a system that is custom developed for use in only a single deployment. Typically a one-off system is derived from an existing system.

Frames Per Second (FPS) – the number of frames / images sampled from a video in a second. The frames are sampled in uniform / even manner. Standard cameras record video up to 30 FPS. Face recognition typically do not benefit from sampling frames at a rate higher than 5 FPS.

Enrollment speed – the amount of time it takes to detect and templatize all faces in an image. Enrollment speed is typically measured on a single processing core, and will be dependent on the speed of the processor, the number of faces in the image, and the resolution of the image.

Comparison speed – the amount of time it takes to compare two templates and generate a threshold.

Template size – the number of bytes required to represent a face. When performing 1:N search it is generally required to cache all N templates into the computer’s memory to provide quick responses. Thus, the amount of RAM required to load N templates will be N times the template size. In addition to requiring less memory, smaller templates enable larger galleries to be searched more quickly.

Binary size  – the amount of memory (RAM) used by face recognition software, which comprises of the code libraries and statistical models. Embedded devices (e.g., mobile phones) have limited memory resources, and some face recognition algorithms require more memory than is available on the entire device (let along the fact that other applications need memory as well).

Face pose angle – the orientation of a face relative to a camera, measured as Yaw, Pitch, and Roll. 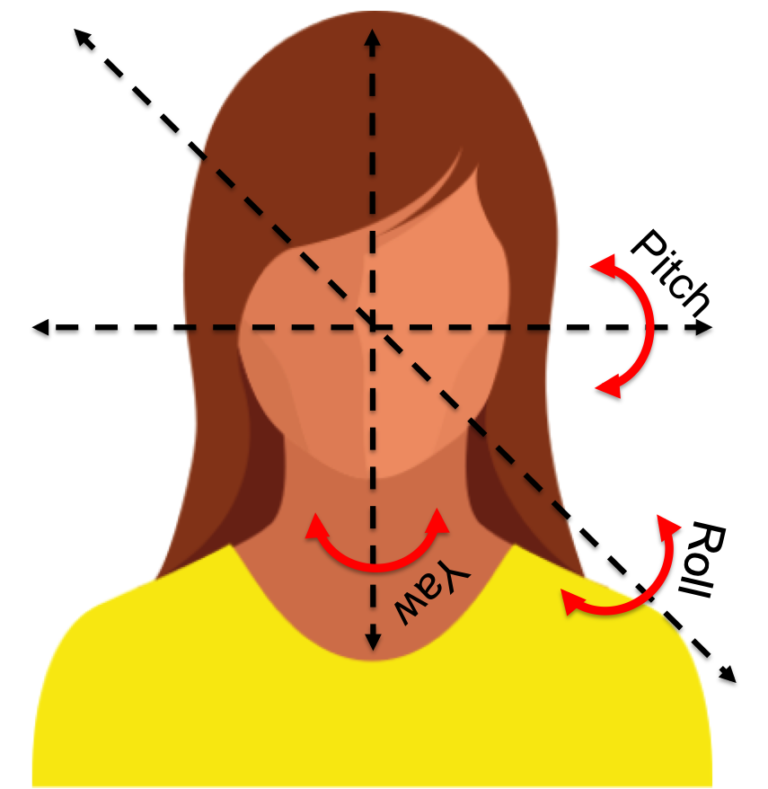 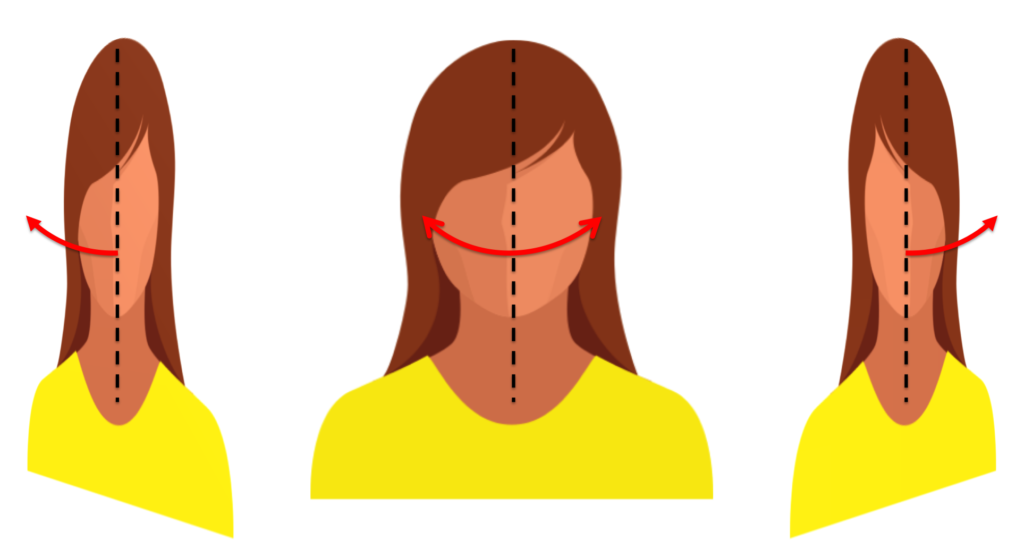 Yaw angle  – rotation of the face about the Y-axis of the camera plane. E.g., when a person turns their face to the left or the right relative to the camera.

Pitch angle  – rotation of the face about the X-axis of the camera plane. E.g., when a person tilts their face up or down relative to the camera.

Roll angle – rotation of the face about the Z-axis of the camera plane.

Occlusion – when regions of the face are covered. E.g., due to sunglasses, scarf, hair, or capture conditions.

Identity Deduplication – the process of cross-referencing identity document applicants’ face image against existing images in a identity document database. This is process is typically semi-automated, where a human investigator only intervenes if a face image from two different identities generate a similarity score above the specific threshold, which is indicative of a fraudulent application. Identity deduplication is performed by agencies and organizations that that grant identity documents, such as driver’s licenses and passports, and financial institutions.

Forensic Search – when an analyst searches a gallery with a probe image in an attempt to determine the identity of the person in the probe image. Typically a forensic search recognition system will provide the analyst with a list of the gallery images with the highest similarity scores to the probe mate. In turn, the analyst will manually verify if any of search results are the same person as the probe image.

Access Control – a 1:1 verification system where a user claims their identity (e.g., via a username, ID card, or badge) and presents their face to the system for access. These systems range from mobile device unlock to accessing a secure facility.

Real-time Screening  – a 1:(N+1) watch-list identification system that analyzes a camera feed or streaming video to compare each detected face identity against a gallery watchlist. While real-time screening shares similarities to identity deduplication, it is typically performed on much smaller galleries, and receives streaming video as an input data.

Perpetual license – a grant to use software in a specified manner (e.g., on a specific machine, with certain usage parameters) in perpetuity (forever).

Maintenance fees – fees collected on a perpetual license to provide software updates and technical support. Typically these fees are collected on an annual basis and are a percentage of the original license cost.

Persistent storage  – non-volatile memory that is typically 20x to 1000x slower to read and write to than RAM, and can also have non-uniform read and write times. Examples of persistent storage include hard-drives, flash memory, cloud storage, and file servers (note that cloud storage and file servers typically are abstractions to configured hard-drives).

I/O bound  – when an algorithm or application has to wait longer to read or write data than it does to process the data. The “I” in I/O refers to Input, and the “O” refers to Output.

Compute bound  – when an algorithm or application has to wait longer to process data than it does to read or write the data.